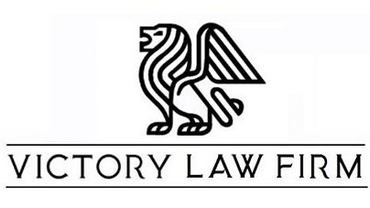 At the Victory Law Firm, our clients are not just another number and we strive to provide personalized professional assistance to all our clients.

Each client is important, and the outcome of their case will seriously affect their future. For that reason, we are dedicated to helping our clients get through these difficult situations and protect their future by securing justice through full compensation for their injuries.

If you have suffered an injury through the negligence of another, need immigration assistance or have been accused of a crime, we stand ready to assist you in your time of need.

Born in Aguadilla, Puerto Rico. Mr. Domenech received his undergraduate education from the Interamerican University of Puerto Rico and obtained his law degree from Michigan State University College of Law.

Mr. Domenech is fluent in Spanish.

Franklin Domenech has spent his entire legal career as a Plaintiff’s attorney, representing individuals who have been injured through the negligence of another. He has had the privilege of representing countless clients in a myriad of claims, from soft tissue to wrongful death.

Born and raised in Orlando, Albert Yonfa has always sought to treat clients like family. Legal disputes nearly always involve conflict. But disagreements do not have to add stress and sleepless nights to your life. When clients, lawyers, and insurance companies work together, good things happen.

Albert Yonfa has years of big firm experience representing both the defense and plaintiff side of cases. Albert was named among Florida’s Super Lawyers for the past five years. Each year, no more than 2.5 percent of lawyers in the state are selected by the research team at Super Lawyers to receive this honor.

Albert has earned a reputation as a peacemaker and is, professionally, happiest when standing in front of juries at trial on behalf of his clients. Albert’s passion is helping people in their time of need in any way he can.

Born in Chicago, Illinois and raised in Seminole, Florida. Mr. Corzo attended the University of South Florida in Tampa, Florida where he earned a Bachelor of Science degree in Political Science. From there he attended the New England Law School in Boston, Massachusetts earning his Juris Doctor in May 2002. He has continued his overall education by obtaining a graduate level certificate in business entrepreneurship at UCF in 2012.

He began my career representing those injured through the negligence of others then transitioned to the Office of the Public Defender for Osceola and Orange Counties.  There Mr. Corzo handled thousands of cases, ranging from simple criminal and traffic misdemeanors to high level felonies. During his time there, he amassed over 25 jury trials.

After the Public Defender's Office he and a partner ran a small law office focusing on criminal defense and personal injury.  Then in 2013 Mr. Corzo joined the Pendas law firm where he handled a large volume of personal injury and workers compensation matters. In 2017 he joined the office of Board Certified plaintiff's attorney, Ed Normand.

Will Corzo thoroughly, and aggressively pursue justice for his clients.

In his spare time he enjoys outdoor activities and spending time with friends and family.  When called upon he also assists a local cat rescue in any variety of legal issues they may encounter